Hey you!
In a possible bout of insanity, I have started a free weekly newsletter. Not for everyone, but maybe it’s just right for you? Sign up at https://edjames.substack.com and you’ll get a blast from the innards of my skull straight into your inbox. Starting tomorrow. Get to it!
Ed
PS Hunter 3 is on preorder now. Out 1st December. Preorder on Amazon now!

A brutal murder. A haunted detective. A case that unearths monsters.
When a young woman is killed, squashed between a London bus and a white van, DI Simon Fenchurch is called in to investigate, soon discovering the case has deeper roots than initially appears.
With new gangs wrestling to take over east London and a fresh wave of innocent victims exploited by new monsters, Fenchurch must work with old friends and new foes to unpick a web of lies and deceit.
As Fenchurch and his wife Abi struggle to reconnect with their daughter, Fenchurch comes face to face with his worst nightmare — the man who allegedly abducted Chloe eleven years ago, now out having served time for another murder. But is Fenchurch just playing to his own prejudices? Is he looking for the real killer? And will he have to pay a high price to catch a brutal murderer?
Available now from Amazon on Kindle (read for free using Kindle Unlimited) and paperback.
https://mybook.to/EJMessenger
And thanks for all of the support over the years — I couldn’t do this without you.
— Ed

So I thought I was finished with Fenchurch. I really did. But no.
I finished my contract with Thomas & Mercer with the August release of “Kill with Kindness”, and left Fenchurch and his family in a good place. Certainly compared with where he was when we met him in “The Hope that Kills”, it was almost like Fenchurch had found happiness.
But.
When I was editing it, I found a little plot hole in book four, “In for the Kill”, that I wanted to plug with a novella. And novellas are nice and simple, no complexity, just fifteen to twenty chapters, 30,000 words. Easy.
Yeah, right.
I should’ve known myself by now. Two Cullen novels, book 3 “Fire in the Blood” and book 6 “Liars and Thieves” (previously known as “Windchill”), started out as novellas, but grew arms and legs as I explored them. Just like this one has.
Chronologically, the action occurred between books 3 and 4 but, rather than open up the numbering or lose some commercial jiggery pokery, I decided to put in two “bookend” chapters in, set after book 5, where Fenchurch arrives at court to give evidence on a case, then the drama was his testimony.
But.
A few bits and pieces kept growing. Some opportunities presented themselves as I wrote. Before I knew it, my thin bookend chapter at the end had become three. And they didn’t really flow that well. So I had another look at the whole thing, and I could shift some of the drama out of the flashback section, partly because there wasn’t enough reaction and reflection between certain plot points, and… 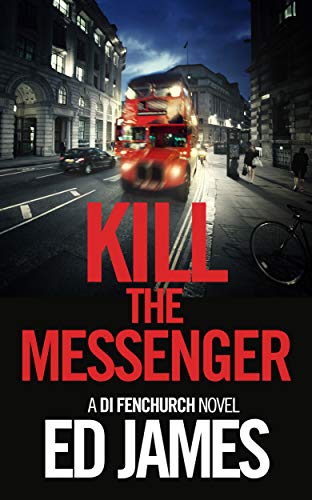 Well, “Kill the Messenger” is a full novel now. Two parts. One set in the past between “What Doesn’t Kill You” and “In for the Kill”, and the second after book five, “Kill with Kindness”. It’s also a bit of an experiment to see if the self-publishing model works for a series this far advanced — if enough people buy this, then I’ll do more books. Simple. I’ve got ideas on how to make Fenchurch more miserable than he already is.
And it’s on pre-order now, with release on Feb 27th, 2019. For the whole of December, you can buy it for £1.99 (or the local equivalent) on Kindle, after which it’ll go up to £2.99. Which is a bargain. There’ll be a paperback on day one (Amazon don’t allow print-on-demand paperback pre-orders), but sadly no current plans for audiobook (the previous narrator has retired!). And if you’re in Kindle Unlimited, you can read it for free when it comes out.
Anyway, hope you enjoy it when it comes out.
UK Amazon link — https://amzn.to/2BJwhWn
Rest of work — http://mybook.to/EJMessenger
And in case you’ve missed them, the rest of the series is 99p this month (UK, AU, DE only):
https://www.amazon.co.uk/gp/product/B079RTGTD6/
And you have read the latest Cullen, right?
https://amzn.to/2PaODCX
— Ed

You lucky, lucky people!
“Heroes & Villains”, the eighth Scott Cullen novel, will be released on 3rd November, 2018.
Pre-order it now:
Amazon UK | Rest of the world
Book blurb:
After a previous case got him sidelined to a drugs investigation, DS Scott Cullen of Police Scotland’s Edinburgh MIT closes in on a long-time adversary. Dean Vardy, Edinburgh’s latest drug kingpin, and notorious rapist. Every time they close in on him, he gets off, aided and abetted by his lawyer, Campbell McLintock. But this time Vardy goes too far.
Or does he? After a witness dies, Cullen is soon desperately trying to hold the case together, with Vardy’s conviction dangling by a thread. Will McLintock get Vardy off yet again?
But soon, Cullen and his team are facing a different threat. A brutal vigilante, doling out frontier justice and obeying no laws. Can Cullen catch a killer who could be one of their own?

Kill with Kindness out today! 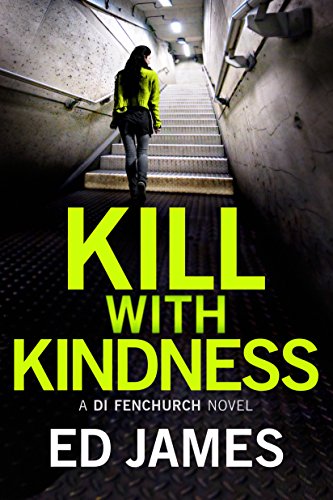 A sadistic killer. An infamous victim. A crime that gets darker and darker…
The body of a young woman is found in a London hotel room, the victim of a suspected poisoning. Called in to investigate, DI Simon Fenchurch soon discovers the case is far more sinister than he could have imagined.
He should have recognised the woman at once—a teacher at a local school, her scandalous affair with a pupil has been splashed across the tabloids. As Fenchurch interrogates those closest to her, a web of suspicious connections begins to emerge.
Meanwhile Fenchurch’s own life is still in turmoil: his family fragmented, his baby son in intensive care, and his mentor replaced by an unsympathetic new boss. The streets of London are in chaos too, with a spate of acid attacks on seemingly random victims.
Struggling to hold on to hope on both fronts, Fenchurch faces the toughest few days of his career. Can he keep his family safe and catch whoever is behind the murder before more lives are lost?
Buy it now!
UK — https://amzn.to/2nhcxkL
Rest of world — http://mybook.to/Fenchurch5