Music – GHOST IN THE MACHINE

GHOST IN THE MACHINE wasn’t always called that. The working title was HONEY TRAP – those of you who’ve read it might work out why. It’s a crap title though. I decided to change it after I’d written the first draft, way back in 2009, after the idea came to me from a chat with my girlfriend. (Note to self – I really need to dig out those old blog posts from my old site)
She’d been studying philosophy at University and one of the areas she particularly enjoyed was the Philosophy of Mind. This is an area dominated by Rene Descartes and his “cogito ergo sum” (or “I think therefore I am”) and its many corollaries. Gilbert Ryle classified this as a category mistake and refuted the separation of the body and the mind – Arthur Koestler expanded on this in his Ghost in the Machine book in 1967.
… And that’s where I come in. One of the abiding memories of the cupboard that my Dad kept his LPs in was of this beauty: 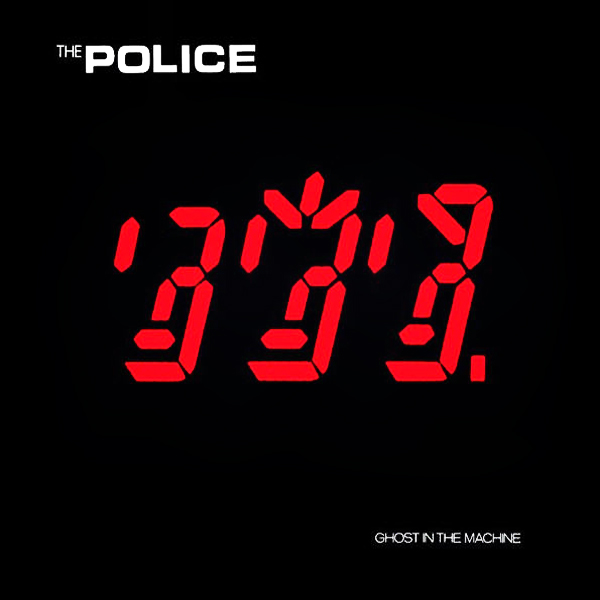 It is such a cool cover – evoking the retro-futurism of the early digital age, crafting the three faces of the Police members in a digital clock read-out. The red and black is visually striking too, sucking my very young eyes in. I don’t know why but it’s an image that has really stuck with me.
(The album itself is, in my entirely honest opinion, utter shite – this is the point where the Police had most definitely lost it. The predecessor “Zenyattà Mondatta” was a band on the way down, creatively, and this confirmed that. The first two records are very strong and I would recommend anyone to check them out – the last three were precursors as to why Sting is so largely reviled through the 80s and 90s. Shows that you shouldn’t judge a record by its cover…)
That album cover – rather than the content – has really stuck with me and greatly influenced me. Just be thankful that I didn’t try and rip off the album cover for the book cover.
There will be more of these, periodically.
— Ed

Use of Weapons 200th GHOST sold!